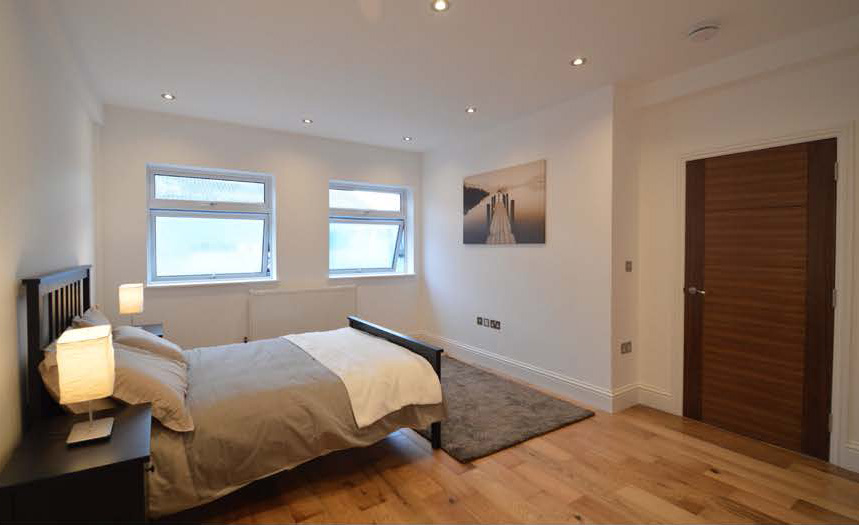 What is social housing?

Social housing is defined as accommodation that is provided by a housing association or local council at lower, more affordable rent and on a more secure basis to tenant who are on lower incomes or with particular needs. It’s cheaper than private renting and purchasing a home.

As of 2018, it’s estimated that 17% of households live in social housing in England, that’s over 3.9 million people.

However, despite the millions of residents using social housing throughout England, there’s often misconceptions around the differences between social housing and affordable housing, or the benefits it provides to local areas. From increased crime rates, to raising taxes, assumptions are made, but where do these misconceptions come from and are they all myths?

In this blog, we’ll be discussing six misconceptions around social housing and whether or not they hold any weight.

Myth one: all social housing is of a poor quality compared to its price

The argument that all social housing is of a poor quality isn’t necessarily true. While there is weight to this myth, and we can find multiple news articles about poor quality housing, in contrast, there’s very few on the high quality stock that is also out there. The higher quality property shouldn’t be lumped in with this assumption.

In 2021, the new housing secretary Michael Grove announced that social housing in the UK is “scandalously poor” and you can see multiple properties up and down the country aren’t suitable to live in. The same can also be said of privately owned properties and affordable housing.

According to research published by the Greater London Authority, the condition of housing in the private rented sector is worse than in other sectors, with the poorer conditions concentrated at the lower-cost end of the market, making these ‘affordable’ homes also unsuitable.

The reality of the situation is that there are properties throughout the country in varying degrees of quality, regardless of whether they are social or privately owned houses. The standard of the suitability of a property largely falls with the competency of the developers.

While this isn’t necessarily a myth, not all social housing units are of poor quality. There are some of examples of social housing that is of a high quality. In Alperton, London, National Housing Group has redeveloped a six apartment complex for residential social housing. The development has a focus on sustainability with energy efficient appliances and is designed to be a place residents are proud to call home.

Social housing provides an opportunity for a place to live for homeless people or those who cannot always afford private property, but to those looking to purchase a property, will social housing affect them? It’s often stated and discussed throughout media and social platforms that one of the drawbacks of social housing is that it can lead to higher taxes or an increase in prices throughout the property market.

When looking at the research, the reality is a lot more positive than these misconceptions. A study on economic issues found that there is “no evidence” that social housing has a negative relationship with house price in the long term and “social housing can benefit younger families with affordability issues in the short term without causing any long-term concerns in the housing market.” Young families who are priced out of buying their own homes have now been provided the accessibility to live in better conditions via social housing, without the property market or those looking to buy being affected.

There are several differences between social and affordable housing, however the argument that social housing contributes to increased crimes is the same argument that is associated with affordable or council homes as well.

What are the differences? Social housing is affordable homes that are provided by the council for people who are eligible, usually with low or no incomes. Whereas affordable housing is designed to be accessible for everyone no matter of income or any age.

This misconception comes from working class or lower income households contributing  more to crime, so areas with more social housing (aimed at lower income people) will lead to increased crimes. However data suggests this is not always true.

Broadwater Farm Estate, Tottenham, has often been associated with violence and drug usage by the mainstream media and used as an example of the disadvantages of council housing. According to the Indices of Deprivation 2015, crime rates on the Broadwater Farm Estate were actually lower compared to terraced housing in the surrounding areas. Additionally, a survey conducted in 2003 found that only 2% of residents of the area believed that the area was unsafe to live in, the lowest percentage of any area in London.

Potentially, people of lower socioeconomic backgrounds may be more likely to fall into crime, however the plethora of other social issues such as police profiling, lack of education, availability of youth centres and cuts to benefits are more likely to be causes of crime, rather than new developments and improvements to social housing.

As social houses are rented out through local councils and housing associations, many believe that they are fully subsidised, and paid for by taxpayers. Although in some cases this is correct, (for example if a renter is on housing benefits on universal credit) this isn’t always the case for all properties. According to Cambridge City Council, “Social housing rents are well below market rents, but are not subsidised rents when the rentpayers pays their own rent in full, as a tenant of a local authority”. Furthermore all of the costs of providing the accommodation, is fully paid by the rental income received from the tenant.

Social houses are properties that are developed and rented out on behalf of local councils or housing associations. These two different organisations are mostly concerned with improving living conditions in properties.

Myth five: there is a lack of land to build social housing

The countries which make up the UK are relatively small geographically and tend to not have as much land to build on when compared to other western countries. This often leads many to believe that we simply do not have the land to build social houses.

Research also shows that the issue is not that there is no land to build new social properties, but the land that has planning permission, is not being utilised. Greater London Authority found in a 2012 study that 45% of sites in London that had planning permission were owned by “developers who do not build” alongside other non residential properties such as churches and universities.  It’s quite plausible that this figure may have increased in the last decade. What this shows is that the problem is not availability of land, but the land that can be built on is not being utilised fully by developers.

Myth six: social housing is too cheap to be eco-friendly or sustainable

It’s easy to assume that social housing is simply accommodation that ticks the boxes. Clean, heating and a bed to sleep on are adequate conditions and the low cost of rent means that developers tend not focus on creating spaces with modern innovations and sustainability unless it’s for a high end property.

On the contrary, local councils and housing organisations are very selective of only taking properties that are suitable for accommodation and have their own ESG quotas to hit. This aligns with a variety of developers who are enthusiastic about creating the best living conditions for their residents.

Social housing projects completed by National Housing Group focus on adding additional appliances with a sustainability edge and going the extra mile to be eco-friendly in their properties and have good living conditions.

For example, Faringdon Lodge, has over 52 solar panels installed onto the roof and National Housing Group has estimated that just over two thirds of the energy generated from the solar panels will be used directly by the residents.

Misconceptions can spread from anywhere and with the introduction of social media in the last decade it can be even harder to distinguish between fact and faction when it comes to the UK housing market. It’s important to clear up myths around social housing as it is a beneficial solution to help those in disadvantaged positions to find a home.

National Housing Group provides high-quality, sustainable housing to national housing groups, councils and charities that are then let out to individuals as permanent housing solutions. Speak to our team today and see what properties we can offer your customers or read more about National Housing Group .

NHG provides high-quality housing to national housing groups, councils and charities that are then let out to individuals as permanent housing solutions.